Stanley Turrentine - You'll Never Find Another Love Like Mine 1976 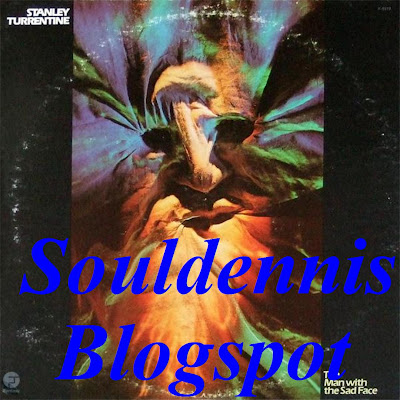 Note: The above posted track is not played in full
Posted by Souldennis at 11:40 PM No comments: 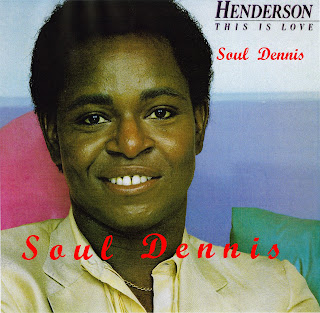 Reverend Patrick Henderson is a gospel keyboard player, songwriter and producer. He has written several songs in collaboration with Michael McDonald, playing on a number of his and the Doobie Brothers albums. Henderson has long associations with many other artists as well, including Leon Russell, Michael Bolton, Nils Lofgren and Freddie King. He won a Gospel Music Association "Dove Award" for Best Contemporary Gospel Record Song of the Year in 1990.
Patrick Henderson recorded three albums.
1. “Look To Jesus” 1981 (Newpax Records)
2. “This Is Love” 1982 (Priority Records)
3. “Praise and Worship” CD 1993 (Word Records).

Note: The above posted track is not played in full
Posted by Souldennis at 9:40 PM No comments: 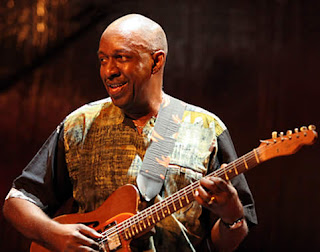 A musician, songwriter, producer, band leader and recording artist, with 45 years in the business. A multi-instrumentalist, with greater proficiency as a guitarist and bassist and a repertoire that spans a wide musical genre, embracing jazz, funk, blues, Latin, samba, reggae, zouk, calypso and soca. the last two, being indigenous to Trinidad and Tobago. Born to a family of artists and entertainers, has toured many times appearing on both sides of the Atlantic with many of the greats in music and is in demand at jazz festivals around the Caribbean region. His band fuses the sound of jazz and steelpan creating a unique style in Caribbean Jazz fusion.

1963 - Started first band at age 13. This band was called Rockerfellas.
Produced over 10 recorded singles during the life of the band.

1970 – Band changed name to Family Tree and included brother David, a keyboard player. This band won Best Arrangement and Band of the Year at 10th Independence anniversary celebrations. The band is credited with being the first to blend the pan instrument with combo music of the era.

During 70s era, composed, produced and arranged songs as Diego Shuffle and Saying It With Music on personal label, Touch Productions.
Toured with Derrick Walcott as Musical Director of one of his plays.

1977- Recorded first album Heaven on an RCA label in the US with singer Lani Groves, Keyboard player Leon Pendarvis, Violinist Gene Orloff and brother David on the Organ. 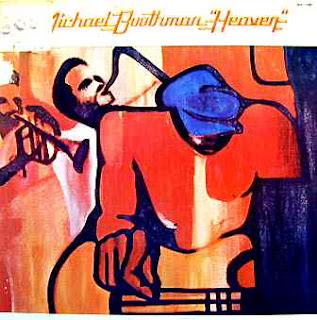 From this Lp, I have chosen track entitled "Saying it with music".

Note: The above posted track is not played in full
Posted by Souldennis at 7:42 PM No comments: 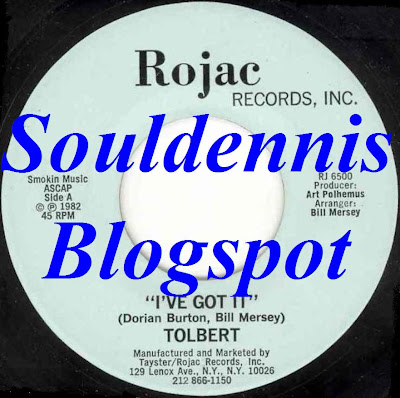 Ladies and gentlemen! The label Jazzman Records re-released Tolbert.The first official re-release of the $4000 modern soul single on VERY LIMITED 7" and also on 12" with extended unreleased version!!!
A.C. “Arthur Cleveland” Tolbert was also known as “The Miracle Man” and released several records, mostly for producer Jack Taylor and his myriad of labels. He also recorded a highly collectable funk LP ‘Damn Sam the Miracle Man’, though ‘I Got It’ can lay claim to the masterpiece he recorded in 1982 after almost 30 years in the business. Lauded on the soul scene as a true gem that could single handedly define the term ‘modern soul’, ‘I Got It’ is a mid-tempo clubber that has recently approached anthemic status. The ultra-rare status of the original 45 means only a select few DJs such as Ian Wright, fryer and Soul Sam have been able to give it a play, and the four-figure price tag has been a stumbling block for many soul fans too. And now we’re happy to announce that our official re-release is available to all. It’s taken us three years to organise the release of ‘I’ve Got It’, including a special trip to NYC to meet songwriter Bill Mersey. Originally released only as a 7” single, our limited edition of 500 copies will set forth a stampede amongst the soul 7” collectors and DJs, and the unreleased 12” version will delight those who prefer their soul on big vinyl.

Note: The above posted track is not played in full
Posted by Souldennis at 10:29 PM No comments: 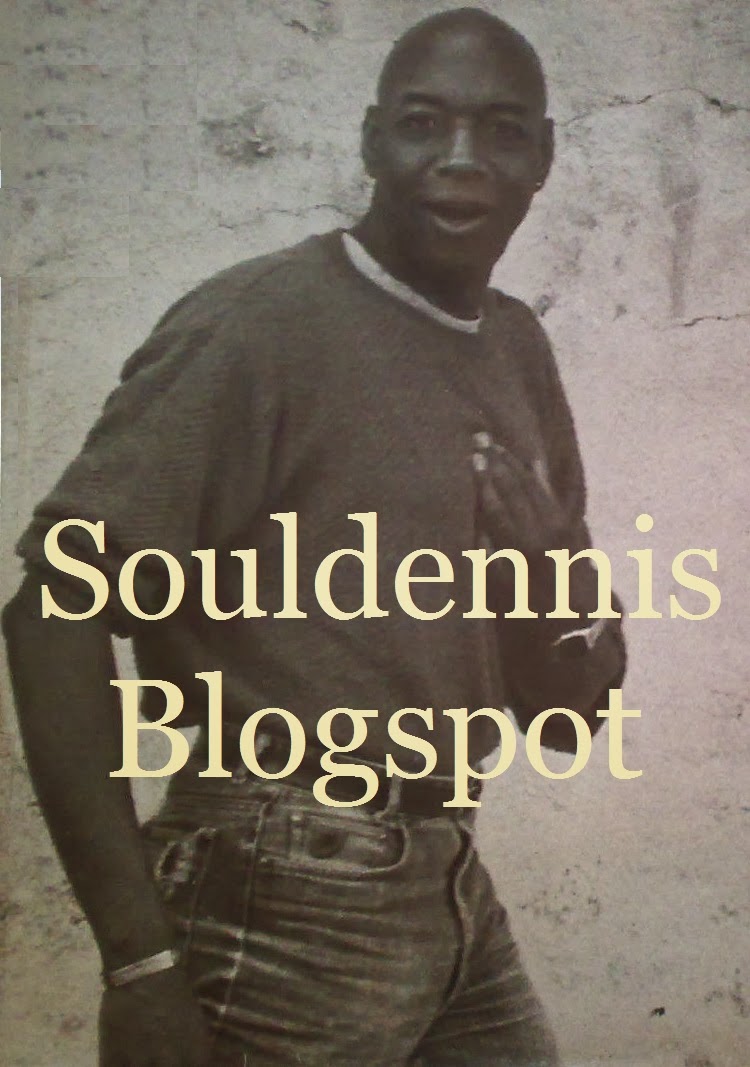 He is vocalist, film actor, and song writer from Chicago; Now 57 years old; First single recording "Love Castles" released in 1985 on Rush Street Records; The flip side of the single is entitled "Perfect stranger". 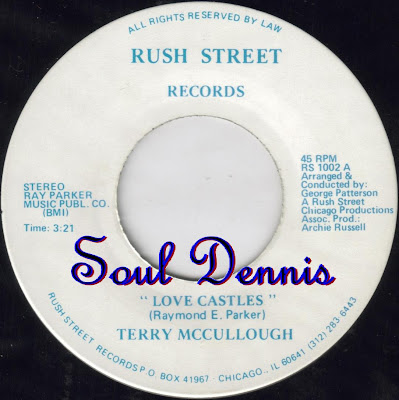 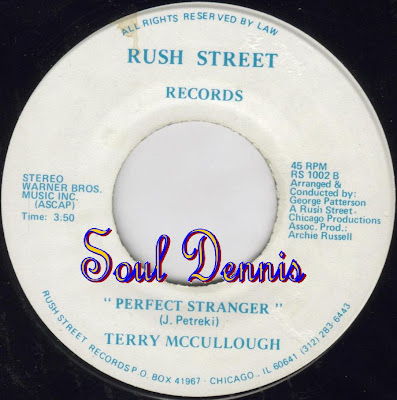 He also released an EP entitled "Step by step" in 1985 on Step Records. In 1986 he did the first European tour as lead vocalist for Chicago Coral Society; He founded The New World Orchestra in 1986. He released The New World Orghestra "Adventures" LP. Toured Europe and Scandinavia. Between 1989 and 1991 he had the fortune of working with some of the most talented and diverse musicians in the Scandinavian country of Norway. He is probably the only African Americans to have sung in the Norwegian language on recordings, television and in the Norwegean EuroVision contest.

Note: The above posted singles are not played in full
Posted by Souldennis at 8:00 PM No comments: