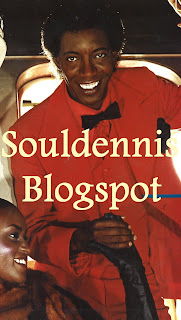 Born Major Lance on April 4, 1941, in Winterville, Mississippi; died on September 3, 1994, in Decatur, GA.
Singer Major Lance had several songs in the top ten during the 1960s. He was noted for his sweet, warm voice, and in his heyday his record sales were second only to those of the Impressions. However, Lance did not keep pace with the changes in soul music, and although he tried to make a comeback in the 1970s, his career faltered.
However, in 1978 he was convicted of selling cocaine, and as a result spent several years in prison. After being released from prison he recorded an album entitled “The Major’s Back” on Kat Family Records in 1983. In his new effort, he was helped by Tommy Stewart. String and horn arrangement by Tommy Stewart. Produced by himself and Michaels L. Sullivan. I have chosen track entitled "I wanna go home". 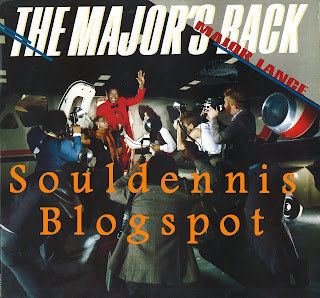 After this album, he began playing in beach clubs on the Carolina coast. In 1987 Lance suffered a heart attack, which prevented him from re-launching his career. Lance played at the Chicago Blues Festival in 1994; this turned out to be his last show. He died of heart failure on September 3, 1994, at the age of 55.

Note: The above posted track is not played in full.
Posted by Souldennis at 11:47 PM No comments: 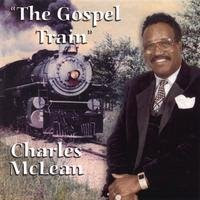 Born in 1943 in Greensboro North Carolina, The Legendary Rev. Charles McLean is known worldwide as one of the greatest falsetto singers in gospel music. As a child Rev. McLean admired the great Rev. Claude Jeter of the Swan Silvertones. Rev. Mclean knew that he wanted to sing professional quartet gospel music at an early age. Blessed with the ability to sing notes that boarder on unnatural, Rev. Mclean began his professional career with the world famous Gospelaires of Dayton, Ohio at the tender age of 17. Along with a host of other legendary quartet groups, the Gospelaires recorded for Don Robey's Peacock record label out of Houston, Texas. The sweet skyscraping background of the Gospelaires served as the perfect combination with the fiery lead singing of the late Robert "Bob" Washington and Paul Arnold. Rev. McLean left the Gospelaires in 1978 and joined Willie Neal Johnson & The Gospel Keynotes of Tyler, Texas in 1979. With plenty of experience under his belt, he went on to great fame with the Keynotes as many still remember the late Willie Neal Johnson calling on "Charles" to hit that special high note. After leaving the Keynotes in 1984 Rev. McLean focused on his Ministry and recorded two solo albums on the Miracle record label during the late 1980s. 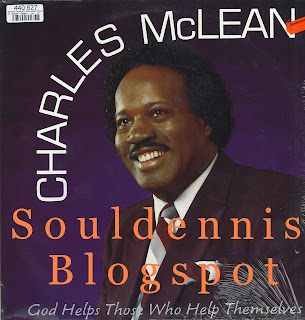 In 1988 he released an album entitled "God helps those who help themselves". It was recorded on Miracle Records but it was distributed by Ichiban Records. Produced by Winton Cobb. From this album I chose a great mid-tempo entitled "Somebody's watching you".

Note: The above posted track is not played in full
Posted by Souldennis at 9:19 AM 3 comments: 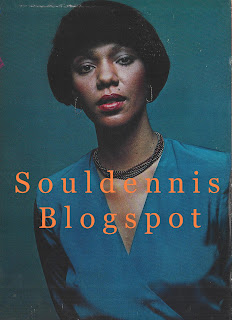 Who is the artist ?

Note: The above posted track is not played in full
Posted by Souldennis at 6:48 PM 2 comments: 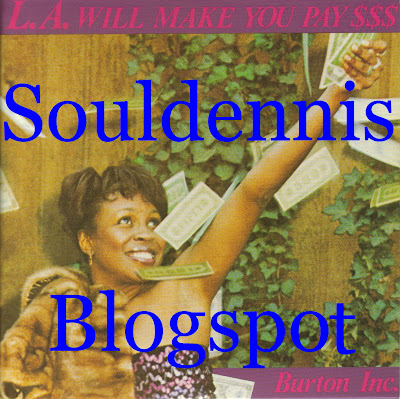 I want to mention that Charles and Barbara Burton started in the early 70s when appeared in the group called "Messengers Incorporated" from Oklahoma. Charles Burton was member as lead singer and guitarist. Barbara was also participated as a singer. The group released an album entitled "Soulful Proclamation". It was recorded at Benson Sound Studio, Oklahoma City. 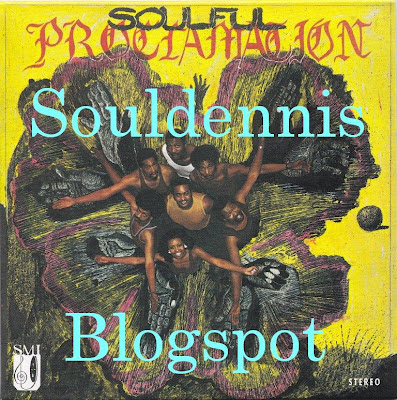 It is also worthy to note Charles and Barbara wrote a song entitled "Work with what you've got" for Billy P.Hughes which was released as a single on their own label Charli Barbara Records. The label formed by Charles and Barbara.
Note: The above posted tracks are not played in full
Posted by Souldennis at 4:42 PM No comments: 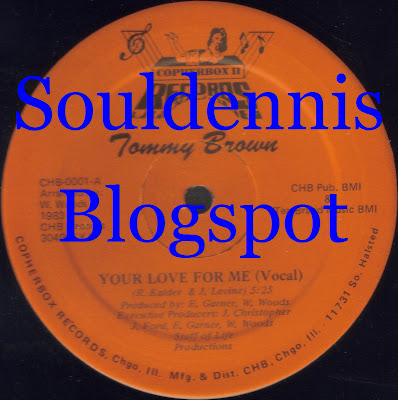 Tommy Brown was an unknown singer. This single was released on Copherbox II Records in 1983. Soulful music with sweet backing vocals from Chicago scene. Produced by E.Garner and W.Woods.

Note: The above posted single is not played in full
Posted by Souldennis at 7:50 PM 3 comments: 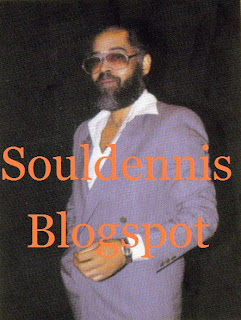 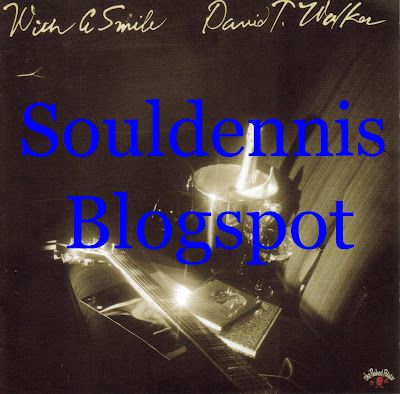 Enjoy the song "Dreams in flight". This song was also released as a single.

I want to note that Barbara Morrison re-worked the song "Dreams in flight" two years later. This song was included on the album "Love'n you" which was released on Japanese Pony Canyon in 1990. This album was the first album by Barbara Morrison.
Note: The above posted track is not played in full
Posted by Souldennis at 10:49 AM No comments: 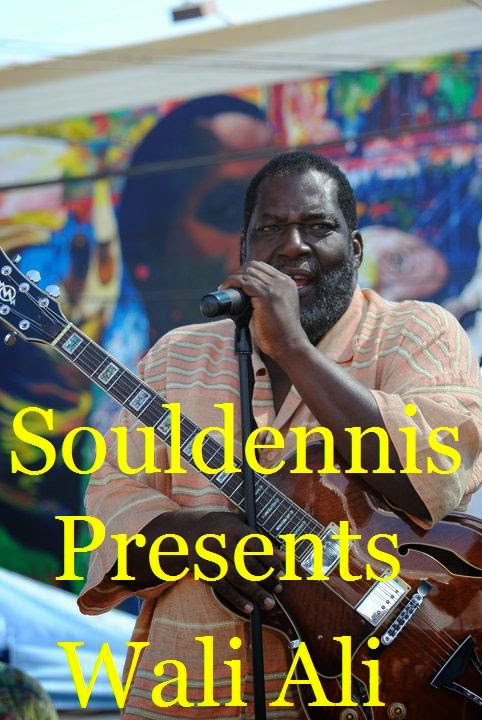 Wali Ali is no stranger to the music world. He helped as a lead Guitarist The Temptations, Eddie Kendricks, Teena Marie, Rick James & Patrice Rushen just to name a few. Wali Ali has toured as guitarist with Marvin Gaye, The Jacksons. Aretha Franklin, and the Undisputed Truth. During his tenure as musical director of the world famous "Cotton Club", Wali was dubbed the "Minister of Music".
In the late 70s he recorded few songs for Jobete Music Co under the direction of  Brian Holland & Edward Holland Jr. One of them is entitled “(Oh I) need your loving” and is included on the album "Yesterday, Today, Forever" which was released on Jobette Music Co in 1980. 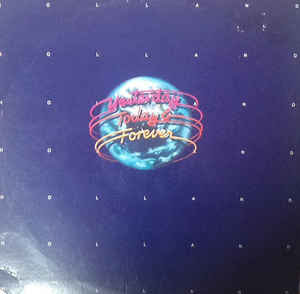 This track was re-recorded by Eddie Kendricks in 1981.

He played guitar for Marvin Gaye on the album released in 1978. He sang as a backing vocalist for Norman Connors on the album Invitation in 1979. Also he sang together with Patrice Rushen on the song “Never Gonna Give You Up (Won't Let You Be)“ included on her Posh album from 1980.
The same year Lamont Dozier formed the soul group Zingara. Lamont Dozier found a trio of singers, James Ingram , Lady Bianca and Wali Ali. Lamont Dozier explains: "He was better known around the LA session circuit for his guitar playing than his singing. But he is a fantastic singer, so underrated when you think how feted he is for his guitar work. Zingara recorded one of the best sweet modern soul albums ever on Wheel Records. Wali Ali sang for Zingara two songs, entitled “Gypsy heart” and the ballad “For all of my life (I'm Serious)”. 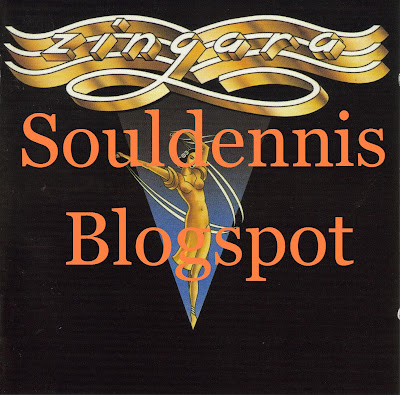 The song “For all of my life (I'm Serious)” was released as a 7 incher (short version) on the same label. Composed and produced by Lamont Dozier. 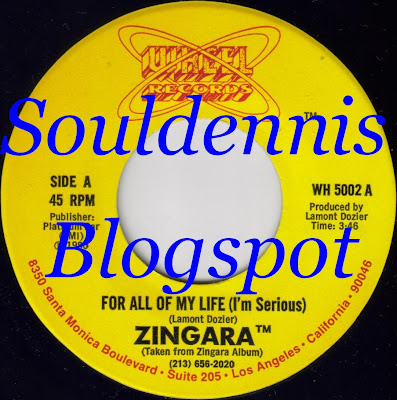 Unfortunately, Wheel Records ran out of money way before they had a chance to put any promotional muscle behind their release, and the whole Zingara thing fell apart just as quickly as it had come together. In 1981 Wali Ali formed D-West Records. The name, D-West Records was inspired by Iman W. D. Mohammed. The first single to be released by the company was "Images", which produced 10,000 copies. Wali Ali sang for the gospel group "The Bilalian Cultural Foundation". Backing vocals by The Waters Sisters. Arrangement by Wali Ali. Orchestration by Mikal Majied. 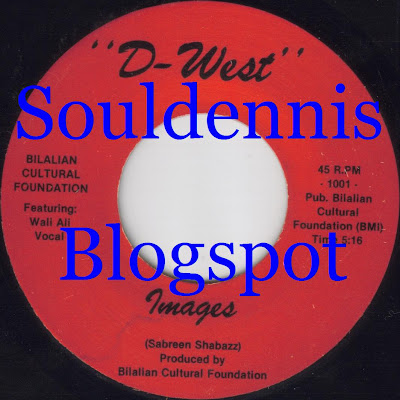 The same year he wrote a great song for Gladys Knight & The Pips entitled “Love Was Made For Two”. It was included on the album "Touch" in 1981. 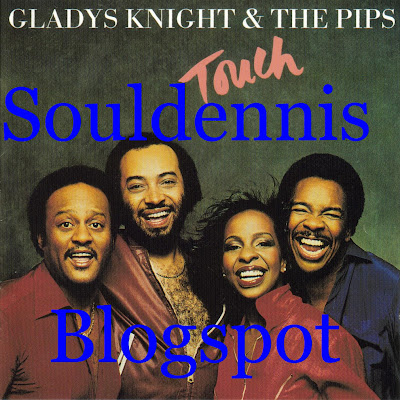 “Love Was Made For Two” was also released as a single on Columbia Records in the same year. 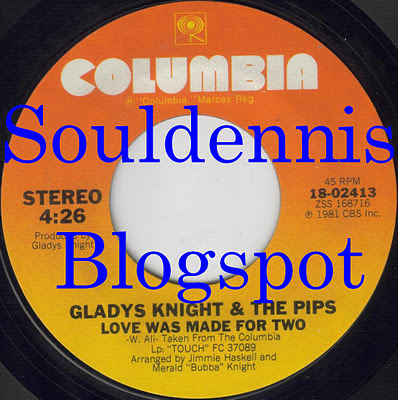 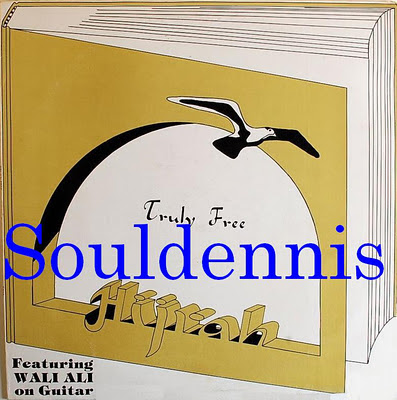 A year later he participated on the gospel group Hijrah as a guitarist. Hijrah released an album entitled "Truly Free" on Ummat Records from Oakland. I chose a sweet track called "Faith and deeds". Solo guitar by Wali Ali.

He also played guitar for Chuck Cissel on the album "If I had the chance". Afterwards in the late 80s he released a single entitled “Let the world come together” on D-West Records. Probably he has recorded an album.


Note: The above posted tracks are not played in full
Posted by Souldennis at 5:48 PM 11 comments: 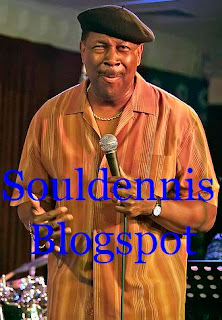 Note: The above posted track is not played in full
Posted by Souldennis at 1:10 AM No comments: 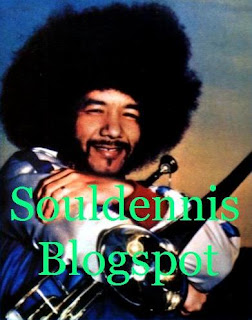 Raul de Souza was a Brazilian trombonist who kept busy in the '70s but faded into obscurity in the '80s. De Souza, although essentially a jazz artist, was quite versatile — he played his share of fusion, pop-jazz, and Brazilian jazz, but could also handle funk and disco. Born in Rio de Janeiro, Brazil, on August 23, 1934, de Souza was employed as a sideman by some of Brazil's musical heavyweights in the '70s, including Sergio Mendez, Flora Purim, Airto Moreira, and Milton Nascimento. The trombonist, who also appeared on '70s albums by Sonny Rollins and Cal Tjader, signed with Capitol in 1976, and his first Capitol session, Sweet Lucy, was released the following year. Both Sweet Lucy and de Souza's second Capitol date, Don't Ask My Neighbors, were produced by George Duke. In this album great musicians helped Raul de Souza like Byron Miller on bass, Roland Bautista on guitar, Bobby Lyle on piano, Harvey Mason & Leon “Ndugu” Chancler on drums and Azar Lawrence on sax. I have chosen a brilliant instrumental entitled "Fortune". 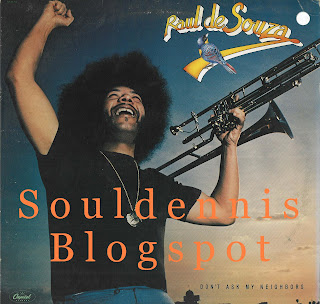 But de Souza changed producers on his next album, 'Til Tomorrow Comes, which was produced by Arthur Wright and found the Rio native jumping on the disco bandwagon. Devoid of jazz, the 1979 release is pure disco. 'Til Tomorrow Comes was his last album for Capitol — after that, he faded into obscurity.

Note: The above posted track is not played in full
Posted by Souldennis at 4:28 PM No comments: