Robert B Hudmon Jr was born in 1954. He started to record in the mid 60s. R.B.Hudmon released one and only one album entitled "Closer to you" on Cotilion Records in 1978. One year ago he released a single "Ain't no need of cryin (When it's raining) / This could be the night" on Atlantic Records.
"This could be the night" is one of my favorite songs which was included on the album one year later. 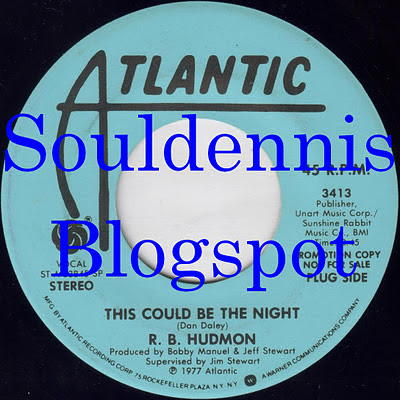 However the other song "Ain't no need of cryin (When it's raining)" was not included on the album. This song was written by David Porter. David Porter wrote this song and was released as a single by The Rance Allen Group in 1974 on Stax Records. It was also included on the album called "A Soulfull Experience" on Stax Records in 1975. David Porter and Isaac Hayes were one of the most successful songwriting partnerships of the 1960’s. 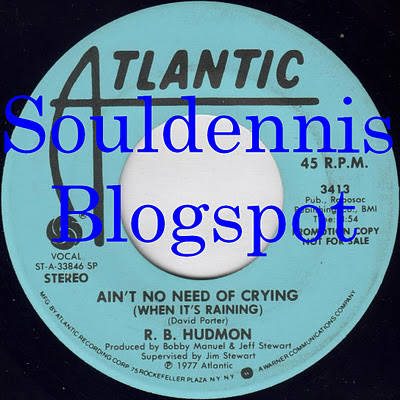 
Note: The above posted single is not played in full
Posted by Souldennis at 7:04 PM No comments:

Lovell Webb - Somebody lead you wrong 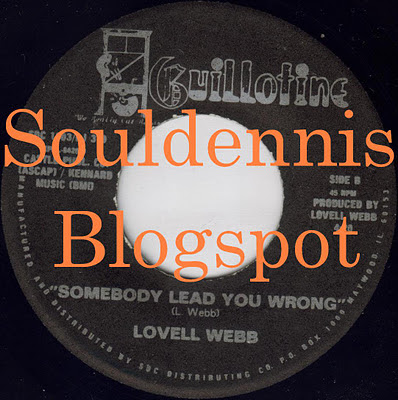 Lovell Webb was born in 1954. He is an unknown singer who released in the early 80s a single entitled "Somebody lead you wrong / With turning my life all around" on Guillotine Records. Probably it was released in 1984. He has written several songs from 1979 to 1987 but I don't know if they have been ever released. In 1993 he released an album entitled "I want some singing" on Guillotine Records.
I have chosen a song "Somebody lead you wrong". Produced and composed by himself.

The other song "With turning my life all around" is a beautiful ballad.

Note: The above posted single is not played in full
Posted by Souldennis at 5:17 PM No comments:


First of all, I want to thank Peter Silberg co-founder, lead guitarist, songwriter and member of the group SpaceArk for all his info.

One year ago I had the pleasure to find a rare single entitled "Just one look / Darling" by Fatu. It was released on Fire Mountain Records in 1980. Immediately I noticed that composer on the track "Just one look" was Troy Raglin and Peter Silberg members of the group SpaceArk. Of cource I knew this group because some years ago, I heard the song "Phantom lover" by SpaceArk from a site. For this reason I found out info about this group.

SpaceArk was an obscure soul/rock group from Los Angeles that began in 1973 and disbanded in 1979. SpaceArk's founding members were Peter Silberg (lead guitarist) and Troy "Troiel" Raglin (lead singer). Original members were Reggie Austin on bass, Bryan "Skip" Reed on drums and Russell Greene on keyboards. Subsequent members were Mahlon Hawk on bass, Allen "Kenny" Chavis on bass, and Jared Stewart on keyboards. Two female singers periodically sang for the group. Dolores Hardy and another wonderful singer whose name is unknown. The members of SpaceArk came from different musical backgrounds and brought unique playing styles and ideas to the group.
SpaceArk released two albums. The  first album was released in 1975 on Color World Records. The first 1000 white albums with 8-track labels were given away free as promotional materials. 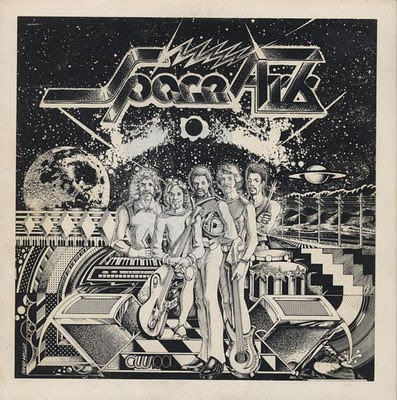 The "real" cover was the full size black/white artist drawing of the group. My favorite song is entitled "Do what you can do". Composed by Bryan "Skip" Reed and Russell Greene. Produced by Troy Raglin.

After the first album the group started recording new songs for creating a new album. Although the group had recorded the original instrumental rhythm tracks, Troy Raglin decided to abandon the recordings because the direction of the group was not as Troy wanted. For this reason the original keyboardist Russell Greene decided to leave the group. However these songs were performed at live concerts. As far as the original second album's songs, they were never released except one song entitled "Don't stop". Another unreleased song was "Beautiful Machine". 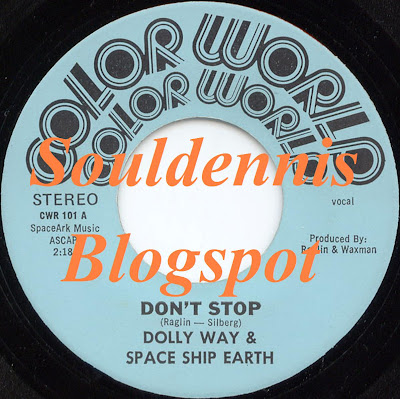 Music was composed by Peter Silberg and lyrics by Troy Raglin. Produced by Troy Raglin & Michael Waxman. Horns arrangements by Bobby Keyes (the sax player for the Rolling Stones) and David Leech.

I want to mention that SpaceArk and Dolores Hardy recorded one more song called "This spell" which was a flip side (B Side) of "Don't stop". However Troy Raglin, at the last moment, decided to include the instrumental version of "Don't stop" and not the song "This spell".


"Beautiful Machine" was released only as a demo and never released as a sinlge. This song was written by Peter Silberg, with original lyrics by Troy Raglin. This track was unreleased, and until now has been unheard by anyone, except fans who attended the group's live stage shows.


Two years later after the group dispanded, Troy Raglin created a new record company called Fire Mountain Records. Troy Raglin released a single on his own label entitled "Just one look / Darling" under the name Fatu. Singer is Fatu Lauletolo who lived in the Tampa Bay area. Troy and Fatu had re-recorded the unreleased song "Beautiful Machine" and changed the lyrics and title to "Just one look". 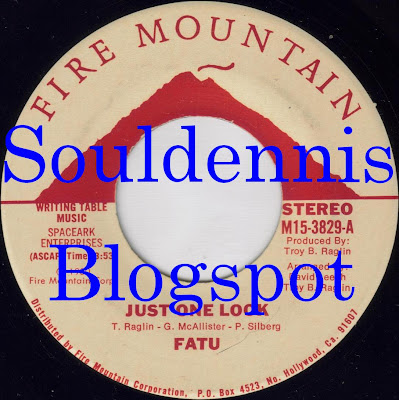 Back to 1978, Troy Raglin directed and recorded a "new second" SpaceArk album, released as "SpaceArk Is" on Colorworld Records. 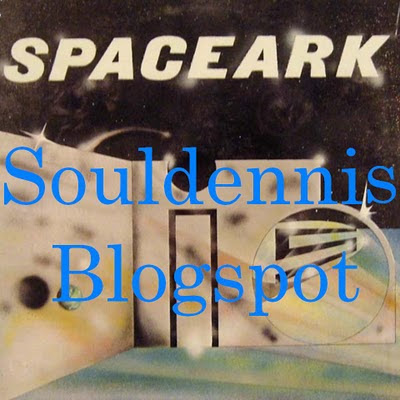 Troy Raglin composed most of the songs on SpaceArk's album "SpaceArk Is". Peter Silberg contributed the guitar overdubs, and was the composer of "Sexy Lady." SpaceArk's band members contributed the rhythm tracks (Skip Reed on drums, Kenny Chavis on bass and Jared Stewart on keyboards). Skip Reed sang lead on "Take Her Out Dancing".
My favorite song is entitled "Phantom Lover," composed by Troy Raglin and G.McAllister. "SpaceArk Is" was produced by Troy Raglin, and arranged by SpaceArk.

SpaceArk released a total of 2 full length albums and a handful of 45 singles, including recording solo artists that were signed to Colorworld, SpaceArk's record label. But the times were not favorable, and after many years of effort, in the late 1979 Peter Silberg left the group and SpaceArk ceased to exist.
An artist who collaborated with SpaceArk was a vocalist Charles Breckinridge Overton known as C.B.Overton. Charles Overton had released a few singles on Shock Records such as "If I can't stop you" in 1977 and "Superstar lady / When it rains it pours" in 1978 respectively.
Charles Overton also performed sporadically with SpaceArk, playing congas/percussion. Charles Overton, with backing from SpaceArk released a single entitled "Big Locomotive" on Colorworld. "Big Locomotive" was recorded and performed by SpaceArk (entirely) with Charles Overton as lead vocalist. The record was produced by Marshall McQueen Jr. who was a great songwriter/producer, and a long-time associate of Troy Raglin. 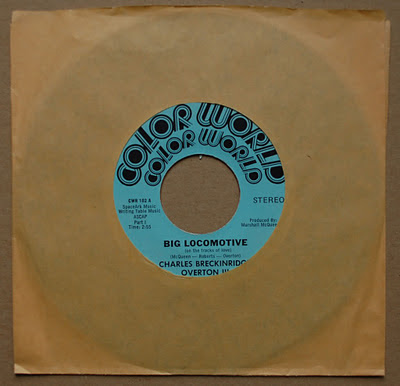 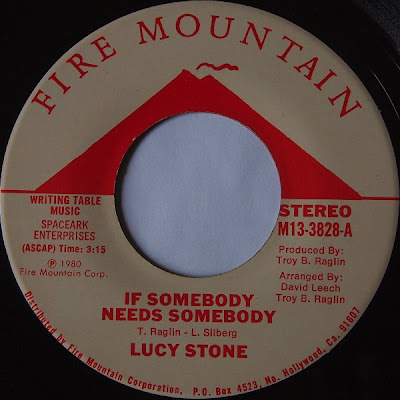 If somebody needs somebody (Sample)

One of the main issues which caused Peter Silberg to leave SpaceArk was Troy's continued focus on other "artists" careers, without first getting SpaceArk to be successful. After the group dispanded, Troy eventually took the name "SpaceArk" and used it as his production entity name.

Sirviving members of SpaceArk are Peter Silberg, Reggie Austin, Bryan "Skip"Reed, Allan Chavis and Jared Stewart. Troy Raglin passed on a number of years ago, as did Dolores Hardy.

Last, CD releases of SpaceArk's two albums are set for December, 2011 in Japan on the Creole Stream label.

One more time I want to thank Peter Silberg for his assistance with this article
Posted by Souldennis at 12:47 AM 3 comments: 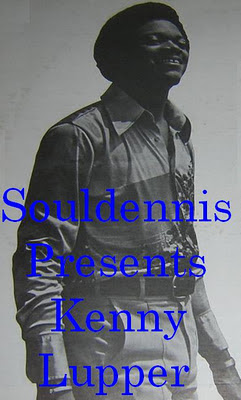 Kenny Lupper is a keyboartist, singer, songwriter of gospel music. He worked with great artists as a keyboartist like Aretha Franklin, Billy Preston, The Gospel Keynotes, The Mighty Clouds of Joy, High Inergy, Rev.Isaac Douglas and D.J.Rogers. As a songwriter he collaborated with Diana Ross and Jermaine Jackson. He toured and recorded as a member of Billy Preston’s band for a period. After that, he played on James Cleveland’s Savoy gospel album "All You Need’" and then had some gospel releases on Mankind and Creed Records. His first album was released in the mid-70s entitled "Testify" on Creed Records.
In 1976 Kenny Lupper wrote a song for Diana Ross entitled "You're Good My Child". He also co-wrote along with Gwen Gordy Fuqua the song entitled "Kiss me now". These songs were included on the second self-titled Diana Ross album on Motown Records in 1976. The song "Kiss me now" a year later re-recorded by Thelma Houston & Jerry Butler.
Kenny Lupper also co-wrote and co-arranged a song for Jermaine Jackson entitled "Who's that lady" which was included on the album called "My name is Jermaine" on Motown Records. 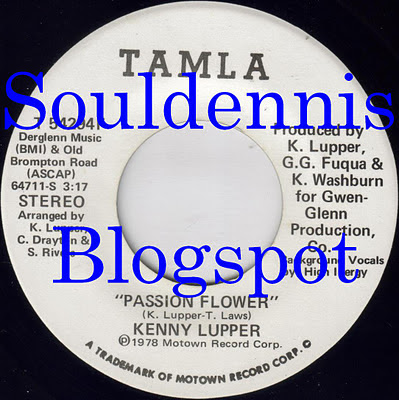 The other song "Kiss me now" was arranged by James Carmichael. Produced by Kenny Lupper and G.G.Fuqua. Backing vocals by High Inergy.

Next year he played on piano for the High Inergy album called "Shoulda gone dancin" on Motown Records.

Note: The above posted single is not played in full
Posted by Souldennis at 12:33 AM No comments: 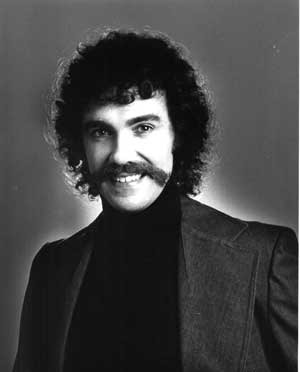 Elgin Wells is a multi-instrumentalist, producer, songwriter, singer from Atlanta, who plays guitar, violin, flute, sax, trombone, flugelhorn, synthesizer and percussion. He has been performing since the age of fourteen. He was State high school vocal champion and member of the Georgia All-State Chorus. In the seventies he toured with a number of rock and show bands. In 1976 he toured Australia as featured vocalist with the Daly-Wilson Big Band. During this period, he began crafting his own guitars and violins.
Elgin Wells formed his own band called the Elgin Wells Band. Elgin Wells Band has performed since the mid-seventies, has won The New South Music Award (Best Jazz Band). The Band has also been nominated for Naras "Best Jass Album" and has contributed to "The Best of Jazz Flavours" volumes I and III.
In 1980 the band released the first album entitled "Brand New Love" on Earth Records. It was recorded at Stone Mountain Music and Elgin Wells' Studio. 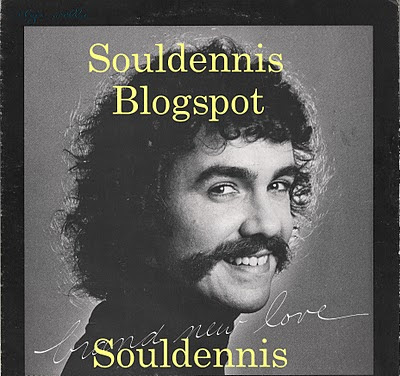 Note: The above posted track is not played in full
More info about Elgin Wells you can see here below