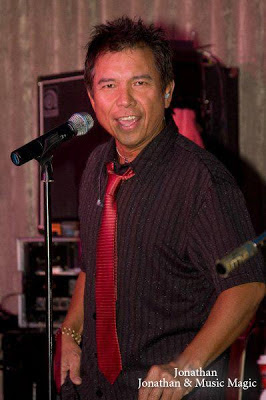 Jonathan Potenciano is a great singer who started from Philippines in the late 60s. Later he continued in Hawaii and now he is one of Las Vegas's favorites for almost 20 years. His show was voted as "The Best Lounge Show in Vegas" by BMA (Black Music Award) in 2011. From the mid 80s to nowadays, he appeared in many various hotels in Las Vegas.

The voice of Jonathan is amazing. He has recorded and released many 45" singles and six albums. One of them entitled "I've got love" which was released on Tremmor Records in the late 70s. It was recorded at Sounds of Hawaii. 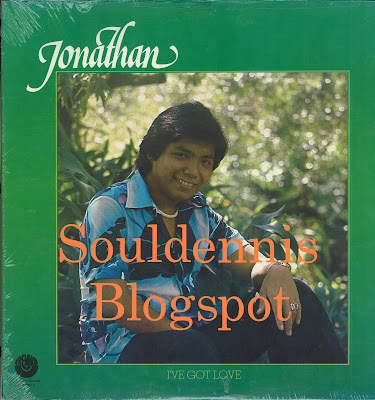 Note: The above posted tracks are not played in full
Posted by Souldennis at 6:33 PM 1 comment:

Lynda Seals - This is where love begins 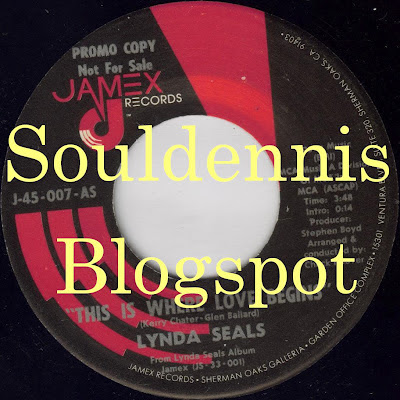 Today I decided to present a great song. Although I presented Lynda Seals two years ago, all the people have to hear and learn the song "This is where love begins". I think it deserved more recognition and success.

Lynda Seals has recorded music as a solo artist and recorded background vocals for other artists such as Johnny Mathis, Helen Reddy, Dalton and Dubarri, Dr. Buzzard's Original Savannah Band (only 'Cherchez la Femme' and 'I'll Play The Fool'), Ren Woods ('Dorothy' in the road company of 'The Wiz').
Her career began when she was at the age of 16 and she made a featured appearance on the then popular ABC TV show 'Room 222' (The episode was called 'Naked Came We Into The World' - it was the 2nd episode of the first season), She then signed with Talent Associates Records in and recorded "It'll never happen again" and "Angel of the Morning" along with several other songs. By the way, John Florez was assigned to produce her and they began a 16 year professional relationship--in fact, almost every song she sang during those years of her career, were produced by him. She then worked with RCA recording artists 'The Friends of Distinction' for two years, replacing the soprano of the group, Jessica Cleaves, when she left. She continued forward and worked as backup artist (both live and in-concert) for Abbe Lane, Lola Falana (when she opened for Bill Cosby at what was then called The Las Vegas Hilton), Frank Ricci, and others. She was an actor and voice over artist as well. She was with a group called LAX that John Florez produced and they were signed to Warner Bros. Records. Their most commercially successful single was a cover of the song 'Ain't No Way To Treat A Lady' in 1973.
Lynda Seals has never had a powerful and gifted manager and that's probably the reason she never had the recognition she deserved.
In 1981 she released a single entitled "This is where love begins / Anyway you want" on Jamex Records. "This is where love begins" was written by Kerry Chater and Glen Ballard. Arranged and conducted by Chuck Hoover. Produced by Stephen Boyd.


At that time Lynda Seals released another single entitled "I'm gonna make you love me" on the same label. This single was produced by John Florez.

#  I want to thank John Florez for his info
Posted by Souldennis at 7:45 PM 1 comment: 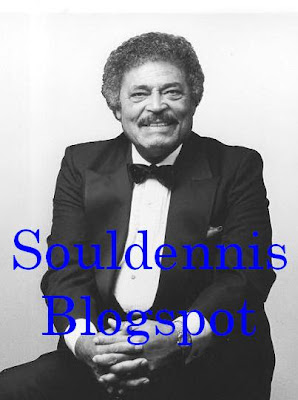 What an unbelievable surprise! I love it, I love it. This article is a big surprise for all those who think that they know all about soul music.
I always believed that Arthur Prysock had recorded something rare and very nice after the albums in the late 70s. So, I discovered this single entitled "Goldmine / My song of love" on Old Town Records. It was released in 1981. In fact it is the last one 45" of Arthur's career. 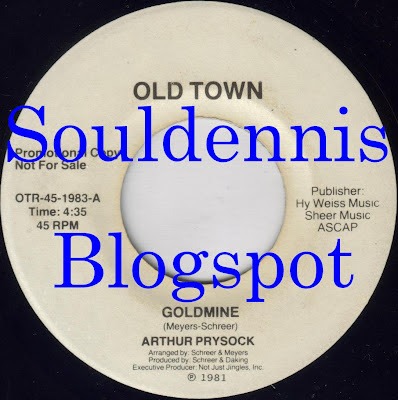 My promo copy contains the same song on both sides. Enjoy this marvelous song.

Note: This single is not played in full
Posted by Souldennis at 10:35 PM 2 comments: