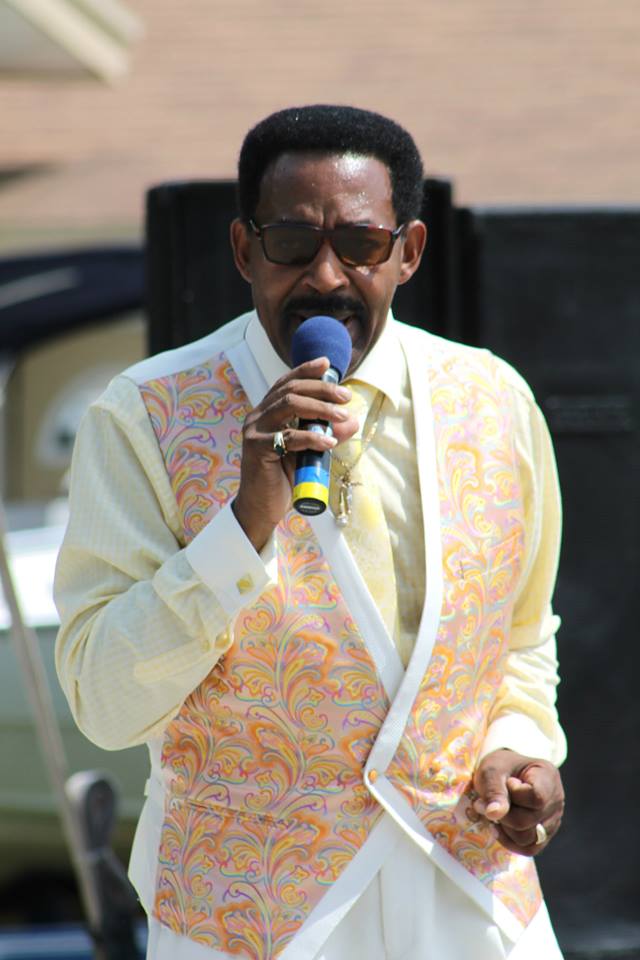 Hello my friends. I remember several years ago when my friend Nicolas Drosos gave me a CD which included a radio show from England. The radio internet show was called Soul24-7.com. I heard it immediately and later I heard the song "One for the road". I was hearing it for one hour continuously. I called my friend George Polychroniou, who is a huge collector in Greece. George said to me : "You are crazy". As I remember, I tried to find the title of this song but nothing. I searched the song as "One for the road or One from the road" in the web, but I didn't find anything.
This album was an unknown album in the world. Several days later, I came in contact with my friend and collector John Ridley. I asked him if he had the album. The fact that I got a positive answer was very exciting because I finally had the opportunity to hear this masterpiece.
Later in 2006, I saw the album for the first time on ebay. It was sold for over of $400. Despite trying to buy this album, my effort was not successful, because I could not spend so much money.
It has been many years since I saw the album. A year ago I got the opportunity to buy it without spending a lot of  money. I was very lucky. 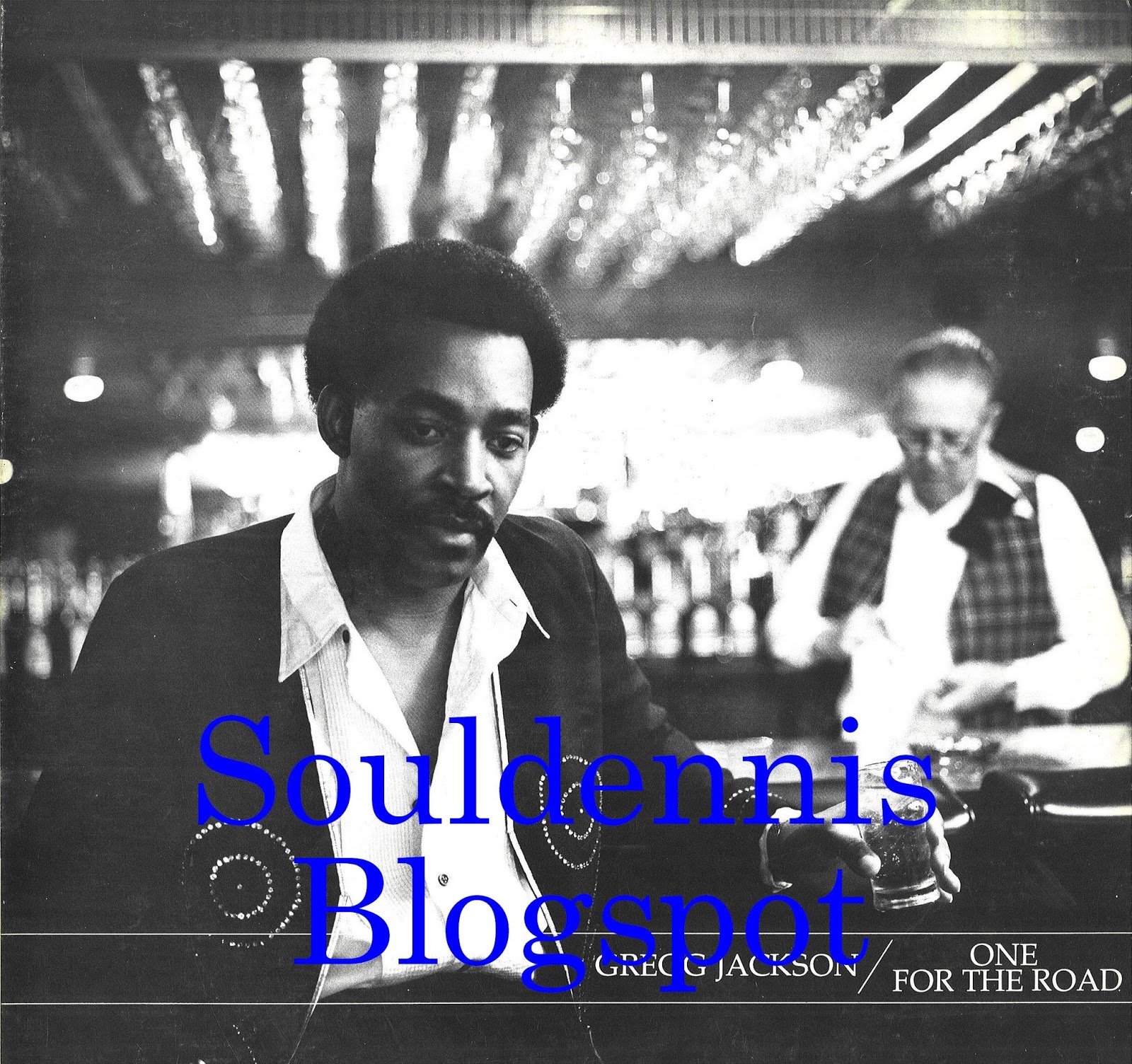 Gregg Jackson began his music career at a very young age of 6 performing in Gospel choirs, dance troupes and shows. He studied under the direction of the famous Boston Pops artist Anna Maria Santorelli. In the early 80s he formed his own band called Gregg Jackson & Strike Force Band. He released an album on KYP Productions Inc. It was recorded at Normandy Sound Inc, Warren, Rhode Island.
The members of Strike Force Band were Steve Brown on drums, Mergy Ford on bass, David Prout on guitar and Al Dinotti on keyboards. I want to thank Gregg Jackson for his info.
Also the artists Kevin Falvey on keyboards and trumpet, Deric Dyer on saxophone, Ronnie Rose on percussion appeared on the album. Background vocals by Kevin Falvey, Ronnie Rose and Suzy Lee.

I chose three (3) trcaks. Of course the self-titled song "One for the road" in which Deric Dyer with his saxophone accompanies Gregg Jackson on vocals.

The second song is entitled "Your Love". Excellent mid-tempo. I love it.

Finally I have chosen the song "Dizzy Dancin" which I have edited and is a little different from the version of the album.

Today he has formed his own band called Gregg Jackson & The Mojo Band. The group has been together for about 15 years. At this time the members of the group are Gregg Jackson on vocals, Steve Bolanda on guitar, Harry Burns on bass and Brian Cunningham on drums.
I must note that Kevin Falvey founded the American Standard Band and played in it for more than 10 years. He also managed rock bands. Falvey toured internationally and recorded with several musical artists, including Joe Cocker. Sadly he died on December 29, 1999.

Note: The above posted tracks are not played in full
Posted by Souldennis at 1:28 PM 1 comment: 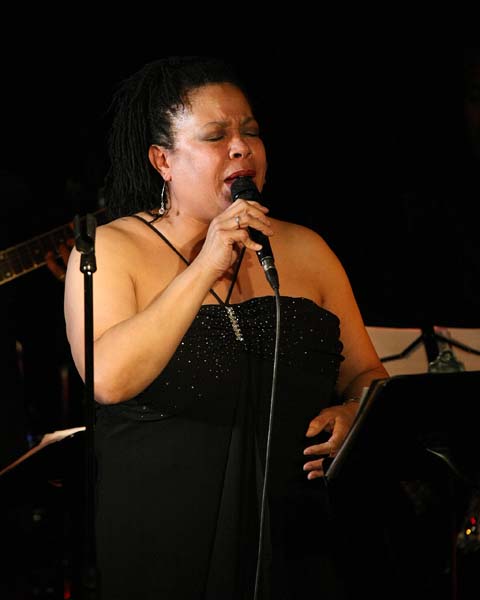 This album was one of my top secrets. I had the opportunity to find it in 2009. In my opinion, it is one of the best modern soul albums. I had first seen the single "It's over / Special love" on Firmus Records on ebay. I think, if I remember right, it was in 2007. Since then I tried to collect anything concerning Betty Richardson.
Betty Richardson started singing professionally at the age of 15 with her sister Jackie. She went on a solo career and she also joined the Silhouettes with the arranger, composer and pianist Doug Riley. They appeared at the Toronto nightclub, the Blue Note. She was also original cast member of the musical Hair in Toronto and Australian Hair company.
When the musical "Hair" closed, Betty worked with Wayne St.John and they recorded some songs in the mid 70s in Toronto. Wayne St.John had previously collaborated with Betty on "Hair".
She did many TV music/comedy series with Martin Short, Andy Williams, George Kirby, Ray Stevens. She was also on background vocals on many TV/Radio commercials. She got a call to do some backgrounds for John Finley of John Lee & the Checkmates at the Pears Avenue Blue Note Club for six weeks. She met Kingsley Ettienne (he was the keyboard player for John Finley) and formed a group called ‘Formula Five’ which included Kingsley, B.Richardson, Reggie Evans, Rodney Appleby and Liberty Silver. Liberty left and they eventually dissolved.
Later she met the late Milan Kymlicka who was a well know CBC composer. He was canadian arranger, composer and conductor of Czechoslovakian birth. He produced her album “Pulse Beat”. The album was released on Firmus Records in 1984. Betty Richardson collaborated with Doug Riley for one more time. The following musicians appeared on the album: Doug Riley, Lou Pomanti and Ray Parker on keyboards, Brian Russell and R.Mann on guitars, Tom Szcezniak on bass, Brian Leonard and K.McKenzie on drums, Russell Hartenberger on percussion and Vern Dorge on saxophone. Background vocals by Colina Phillips, L.Silver, Jackie Richardson, Betty Richardson and S.Williams. 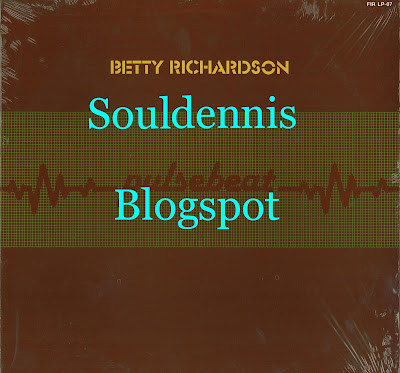 The album except for "Special Love" includes some great songs such as "Heading in the right direction" and "Nighty night". Both songs are covers.


As I told you at the beginning, I started to collect records by Betty Richardson. So I managed to buy two records 45" which was included on the album. The first single "It's over / Special love" on Firmus Records. The same single was released on A&M Records in 1983 and was pressed in Canada, which I also have it. Radio stations played the song ‘Special Love’ that was on their playlist on a daily basis for over a year. 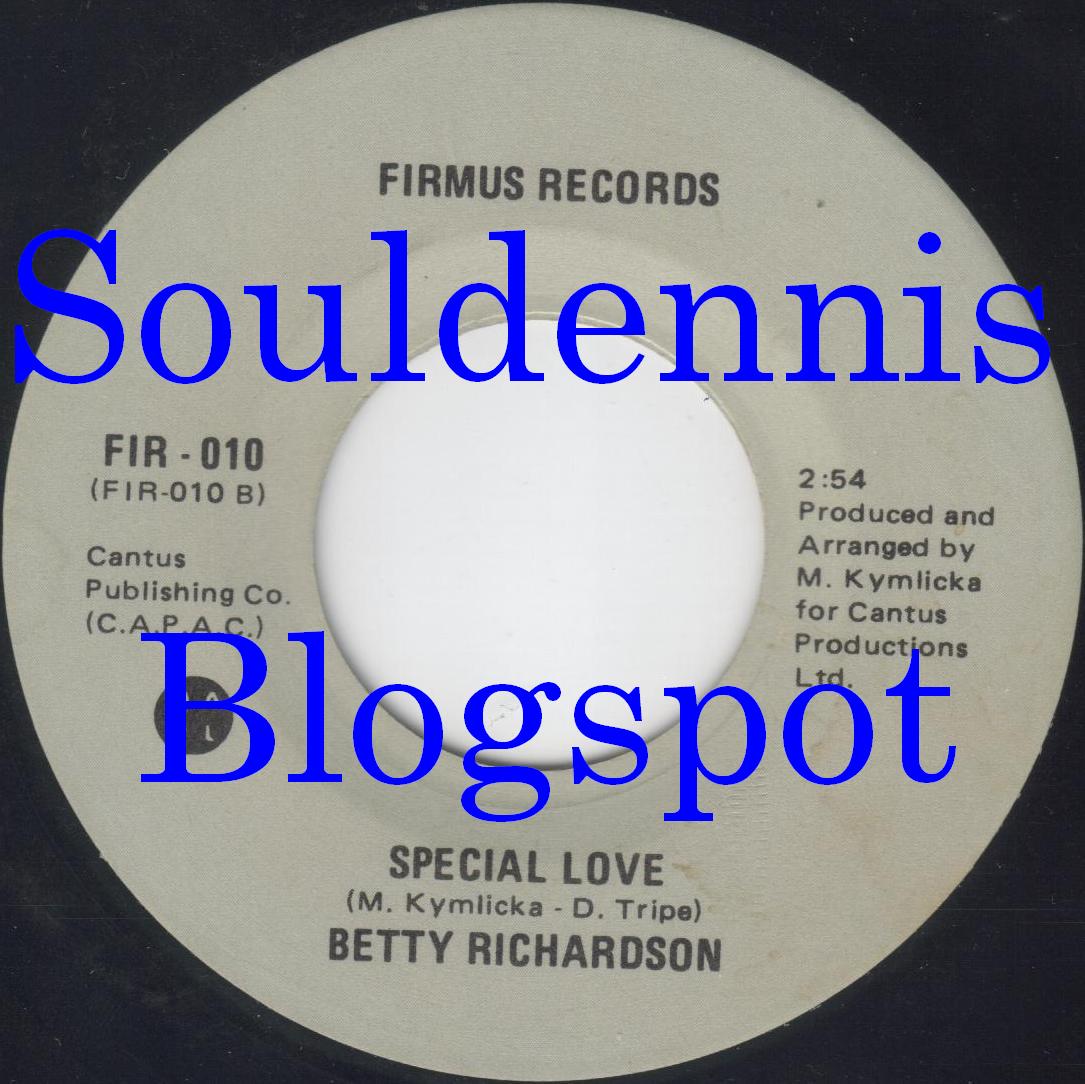 The second single that I have bought is called "I never knew his name / It always takes two" and was released on the same label, Firmus Records. 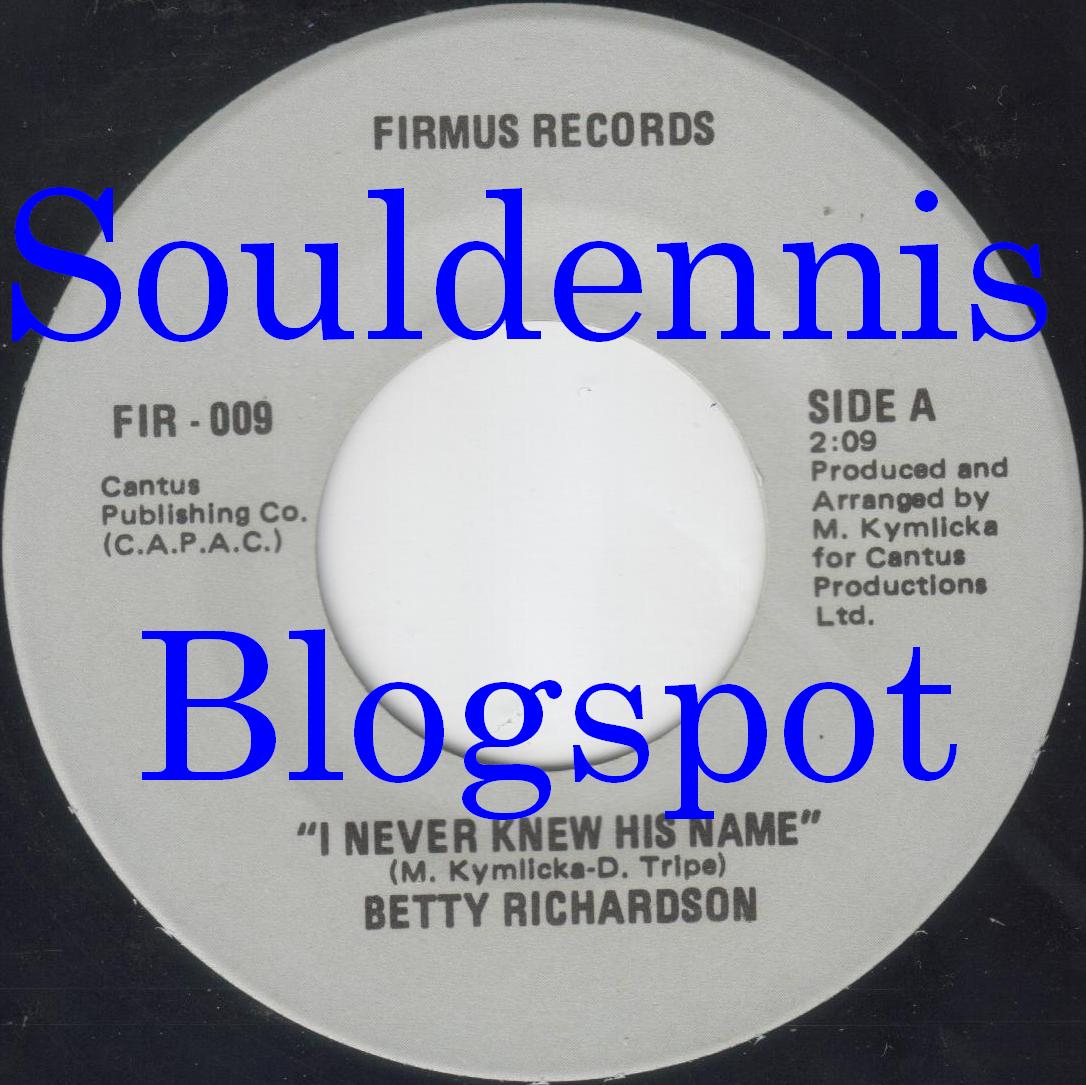 The song "Nighty night" was released as a single entitled "Nighty night / This is a man" on Firmus records. This song was original recorded and composed by Carlyle Miller in 1977. I also tried to buy it without however any success.

For a short time the two sisters Betty & Jackie collaborated with Jackie's daughter Kim and formed the vocal group ‘The Richardson".

Note: The above posted tracks are not played in full
Posted by Souldennis at 10:40 AM No comments: 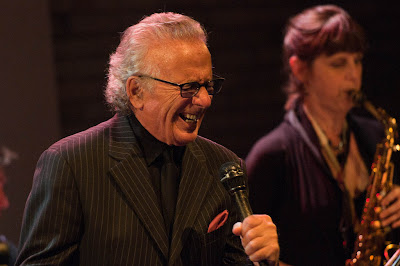 Kenny Colman is a great jazz vocalist. He is more known in the USA than in Europe. He has been performing for over of five decades in the jazz music scene. Many great musicians have spoken concerning the talent of Kenny Colman.

In 1979, Kenny Colman released a jazz album on Kett Records. There are not many info for the album because the vinyl is rare and hard to find. The album was released under the name "I need you". 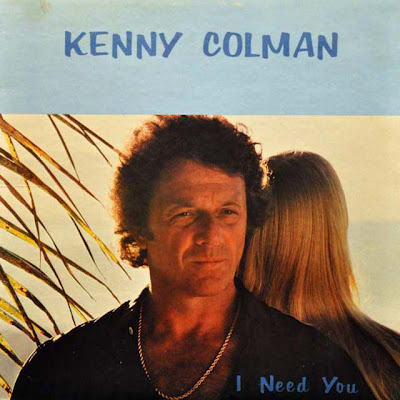 However it is worthy to note that the album was released on CD. The CD doesn't mention anything except for the songs of the album. I found some information concerning the musicians. Dave Moscoe on keyboard, Donald Dean on drums, John Kurnick on guitar, Rick Ricardo on Conga/Percussion, Sammy Dee on sax. Produced by Kenny Colman. 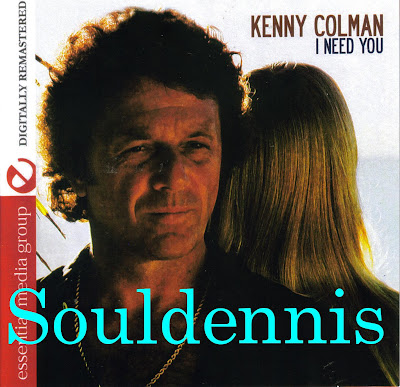 I have chosen two tracks. First an amazing song entitled "Laura" and the famous song "Feel like makin love" which was original recorded by Roberta Flack in 1974. This song has been covered by several jazz and R&B artists. Both songs have beautiful saxophone.


Note: The above posted tracks are not played in full

For more info about Kenny Colman, you can see his website.
Posted by Souldennis at 1:50 AM No comments: