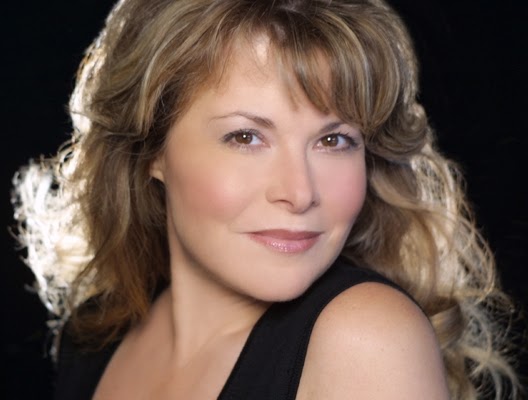 Laura Theodore is a jazz singer from Cleveland of Ohio and an actress. She grew up in the theatre and developed a passion for films and musical theatre as a young girl. After she moved to New York, and started her acting career, she appeared in over sixty plays and musicals. She also partcipated as a guest artist on many records and soundtracks. It is thought that she has one of the most striking voices in jazz music. She recorded and released six albums in her career. Her debut album was released in 1995. However in 1983 she released a single entitled "If I Could Touch The Stars / Wake Up" on Pachay Records. Both songs were recorded under the direction of Thom Gambino.
Thom is a saxophonist from New Jersey who played alto, soprano saxophone and flute for The Lionel Hampton Orchestra in the early 70s. In 1978 Thom and Larry Gambino founded The Umano Orchestra, a 26-piece jazz-rock ensemble.

In 1983 Thom Gambino and The Umano Orchestra collaborated with Laura Theodore. They recorded two songs at Unique Recording Studios, N.Y. Both songs were produced, arranged and conducted by Thom Gambino. 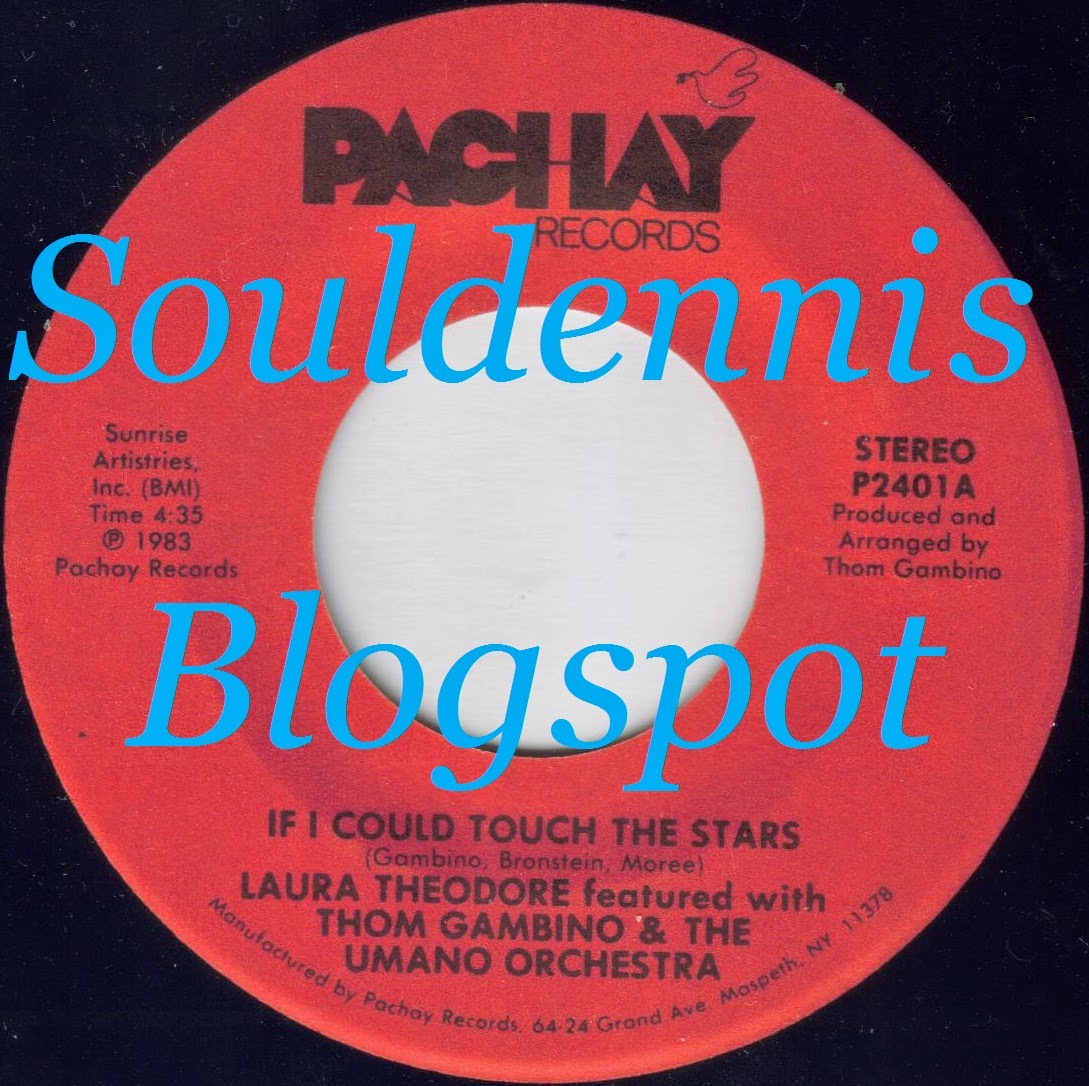 In the song "If I Could Touch The Stars" the music was written by Thom Gambino and the lyrics by Stan Bronstein and Flo Moree. Solo alto saxophone by Thom. 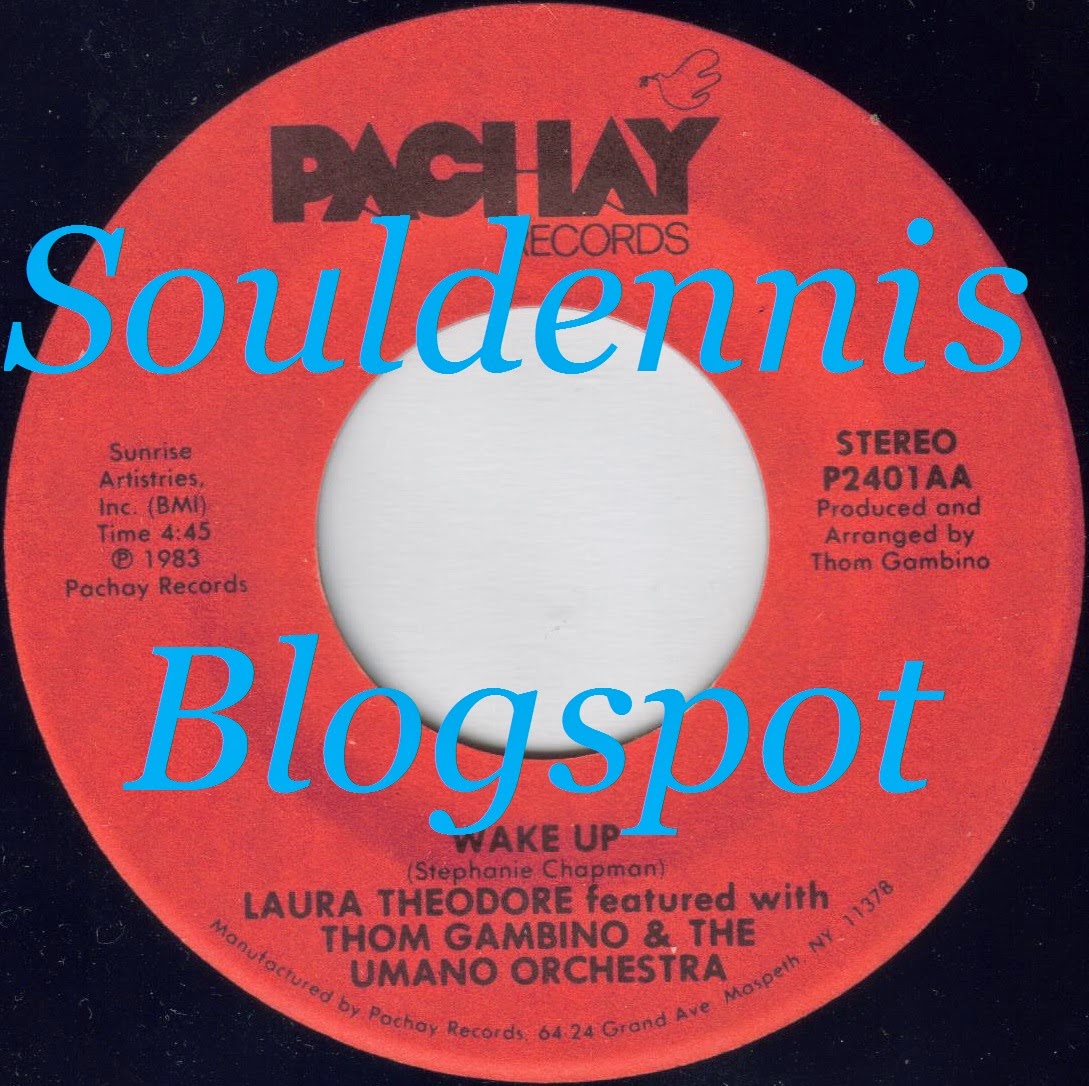 In the other song "Wake Up" the music and the lyrics were written by Stephanie Chapman. Marc & Kim Gambino on backing vocals. Solo alto saxophone by Thom.


As I mentioned before, her debut album was released in 1995. She collaborated with the pianist  Don Rebic. The album was entitled "Tonight's The Night" on Bearcat Records under the name Laura Theodore featuring Don Rebic. This album contains six originals and three cover tunes. On the album feature some of New York's finest musicians, such as Randy Brecker on trumpet, Joe Beck on guitar, Chip Jackson on bass, Michael Berkowitz on drums and Lou Marini with Andy Snitzer on saxophone. 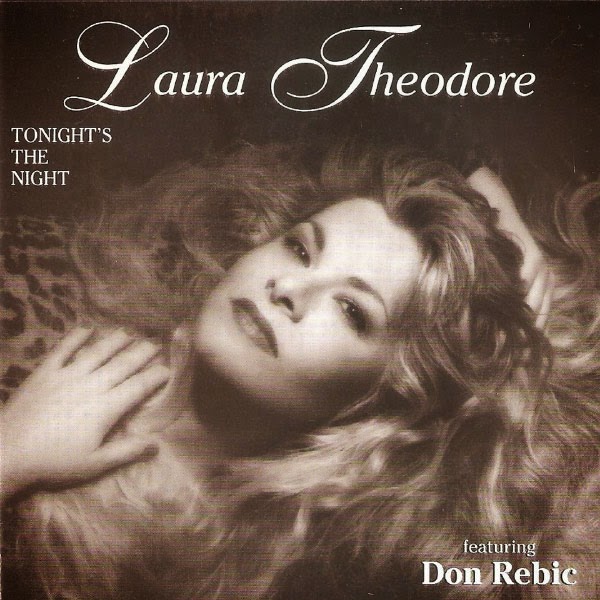 This album was born when Don Rebic, the musical director of Laura, called her in order to compose and produce their own jazz music. It received a Musician Magazine Award. It was recorded at R.P.M. Studios, Interface and Brielle Studios, New York. Horn arrangements & orchestrations by Alan Foust.
I have chosen the great self titled song "Tonight's The Night" which was written by Laura Theodore & Don Rebic. Backing vocals by Norma Garbo and Maria Bartolotta. Solo sax by Andy Snitzer. Enjoy it...


In 2009 she released a jazz album with the late guitarist Joe Beck entitled "Golden Earrings" which was selected to appear on the 52nd Grammy Award list in the category of "Best Jazz Vocal Album".

Note: The above posted tracks are not played in full.
Posted by Souldennis at 1:25 AM No comments: 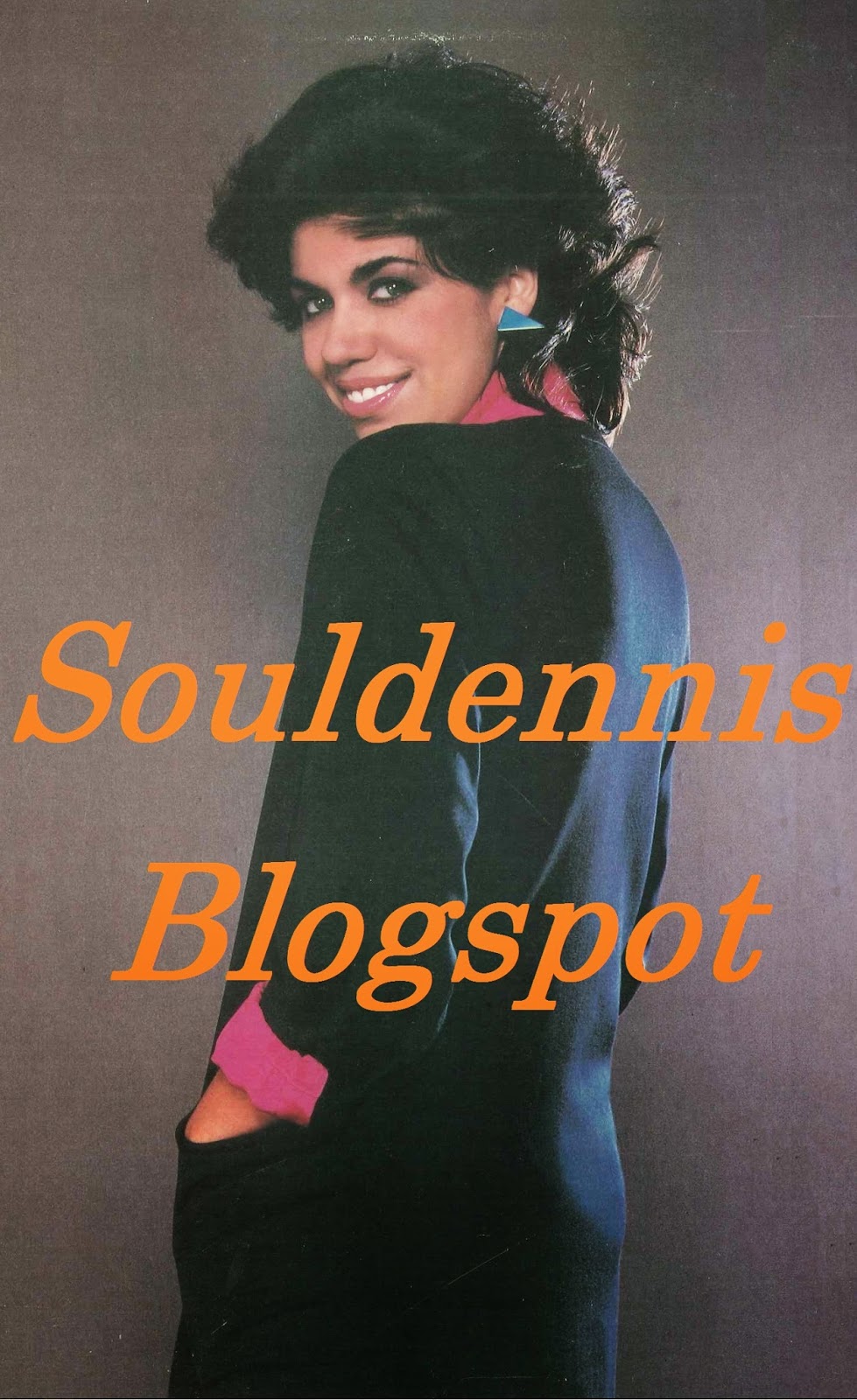 Her entire name is Damaris Carbaugh. She was born on November 4, 1955, in New York City. Her father was a singer. As a teenager, Damaris and her two sisters sang as a trio. At the age of 15 , she managed to sing at a recording studio. After this moment she was in demand by producers and advertising agencies in New York. She has performed vocals on countless advertising jingles and commercials, often in Spanish, which she speaks fluently.
In 1982 she won the American Song Festival Talent Search and received a recording contract with CBS Records. The album was released in January 1984 under the name "Damaris". It was recorded at A&R Recording, New York. 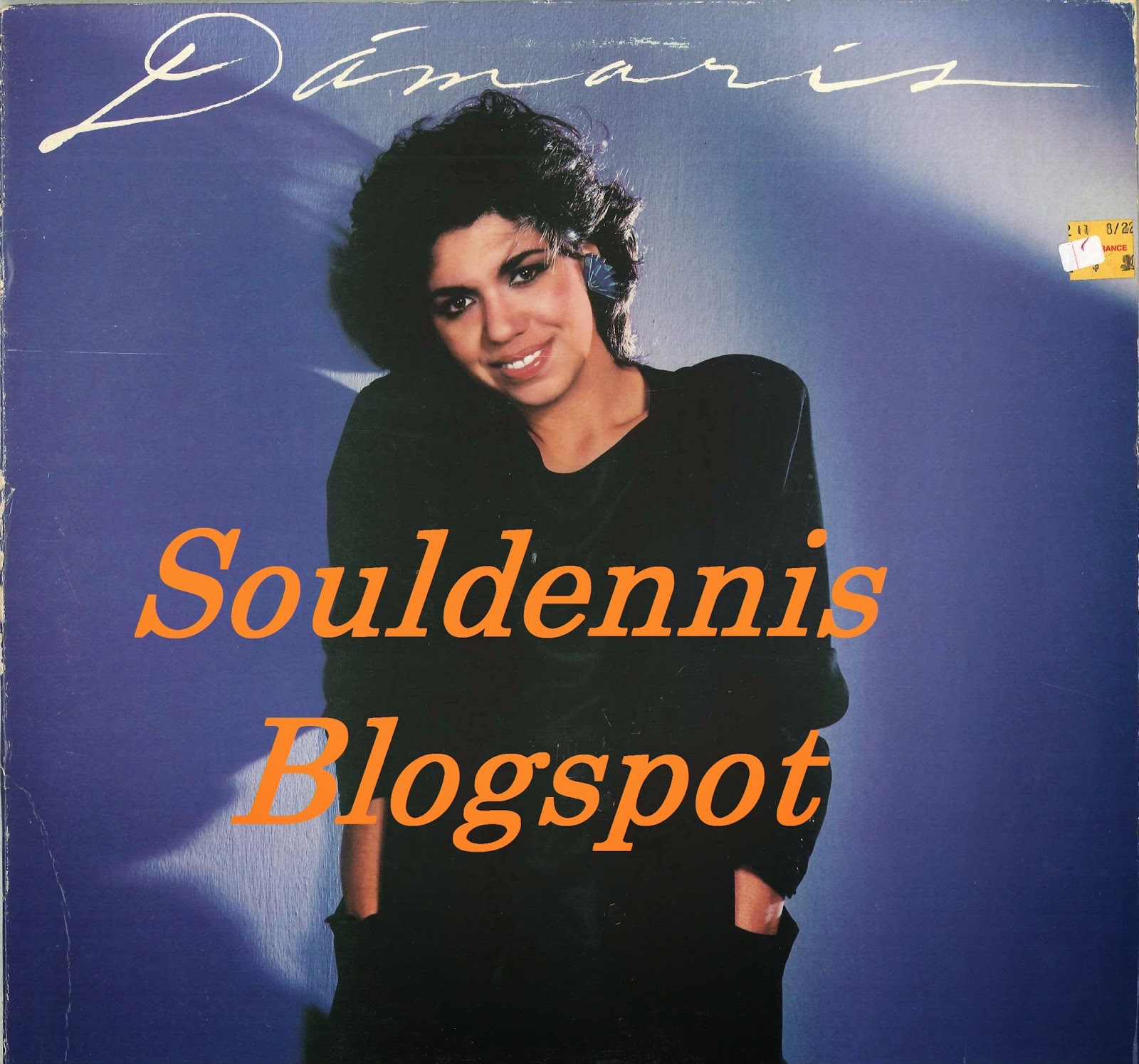 In this album participated some known artists like Leon Pendarvis on piano and synthesizer, David Spinoza on guitar, Yogi Horton on drums, Jimmy Maelen on percussion, Luther Vandross, Phillip Ballou and Fonzie Thornton on background vocals. The album produced by Deborah McDuffie. Executive produced by Cecil Holmes.
I chose to present three tracks. The first is entitled "What About My Love". This song previously was written by Patrick Moten and was recorded by Johnny Taylor in 1982. However I can say that both versions are fantastic. The second song is entitled "You Stopped Loving Me". This song previously was written and recorded by Luther Vandross in 1981. Luther helped Damaris on background vocals.
The third song "Giving Up On Love" is a nice duet by Damaris and David Simmons. This song was written by Deborah McDuffie.

After this album she sang on commercial jingles for some of the world’s biggest advertisers, including Coca Cola, Pepsi, Kentucky Fried Chicken, Minute Maid and Wrigley’s Double Mint Gum. Due to the fact that the desire of Damaris Carbaugh’s heart was to be a servant of Christ, she decided to record only gospel albums. In fact she did not want to pursue a career. For more info concerning Damaris Carbough you can see here.

Note: The above posted tracks are not played in full
Posted by Souldennis at 5:02 PM 1 comment: