My gems on my broadcasts on Coni-OnAir

Hello my friends, I had the chance to present you several months ago two unreleased songs on my web radio broadcasts. I'm so happy and proud because both tracks were released as a single, in a vinyl record 45 later this summer, in England on Izipho Soul Records. In fact, my broadcasts were the cause of the songs' release in vinyl records. I'm talking about the songs "Chase A Way The Blues" by Percy Mays known today as Lee Mays and the song "Cold Rainy Day" by Freddie Chavez. Both songs are great. 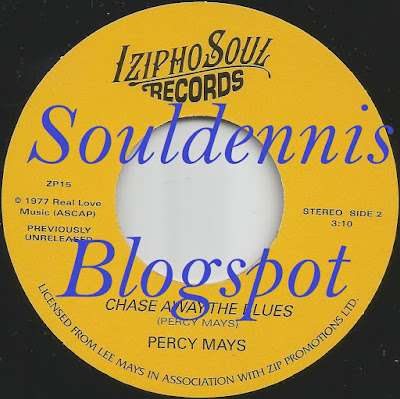 Firstly, I played the song "Chase Away The Blues" on my broadcast on February 12th. It was a song that Lee Mays wrote and recorded in 1977. He discovered it among his reel-to-reel tapes. I had the chance to speak with him about it. Then Lee Mays gave me this song in order to present it on my radio show. Nowadays it has gone out in a vinyl record 45 from the label Izipho Soul Records. 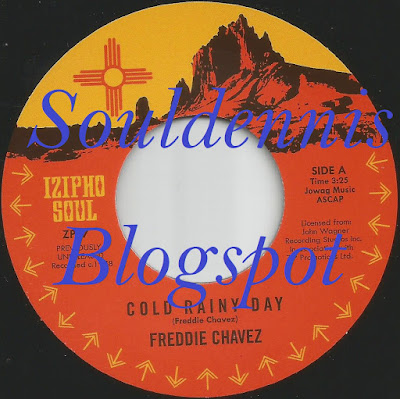 The second song is "Cold Rainy Days" by Freddie Chavez. It was written by himself and was recorded in 1978. I played it on my broadcast on April, 22th. I discovered it as I was searching for another song on his website. I found it on the CD entitled "Time And Time Again" which is sold only on his website.
Here, you can find both 45's with other releases on Izipho Soul Records.
Posted by Souldennis at 6:24 PM No comments: 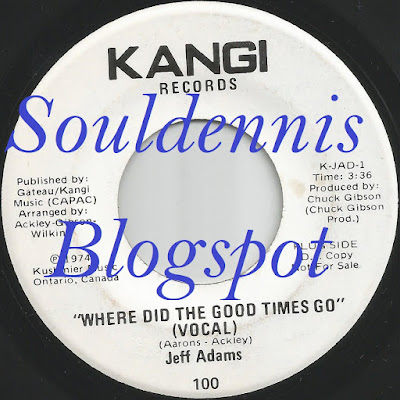 This vinyl record is one of my favorites. It is a great unknown record 45 from Canada. I discovered it two years ago and I bought it a year ago. It includes vocals and an instrumental version. Both are fantastic. The instrumental version includes solo saxophone by the Canadian sax and flute player Keith Jollimore. Keith was a member of the Canadian jazz group called Dr.Music under the direction of Doug Riley. He was also member of the rock group Lighthouse. 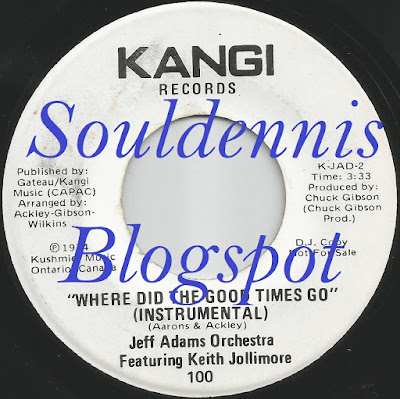 Jeff Adams is an unknown singer. There are not much information about him. However, it is worthy to note that he has an absolutely fantastic voice. This great song "Where Did The Good Times Go" was written by Canadian duet Chuck Aarons and Jim Ackley. They released two albums in the early 70's. I want to mention that Jeff Adams released this song again the same year under the name Jeff Addams. In 1974, he also released another record 45 entitled "Haven't You Had Enough / Take Me Back" on Mellow Man Records.
Billboard magazine referred to Jeff Adams back in August 1973. Actually, it was mentioned that Chuck Aarons and Jim Ackley would record an album with him.
Posted by Souldennis at 6:28 PM No comments: