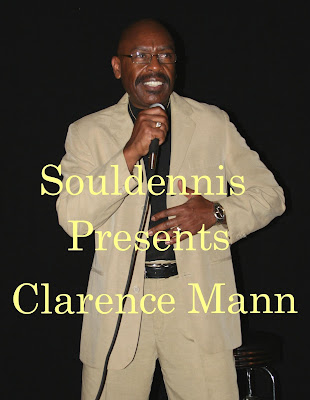 Clarence Mann is a great singer from Alabama. He graduated from Stillman College, Alabama. He began writing and performing at an early age. He was 14 years old, when he completed his first recording with a high school choral group on the RCA Record Label. After high school, he sang with various bands and vocal groups while attending college. He began his commercial career with T&M Productions. In 1973 he released his first single entitled "Man's Temptation / Have Faith In Me" on T&M Records from Alabama. Two years later, he released two singles on Gram-O-Phon Inc. entitled "Please accept my love" and "You met your match" respectively.
After his solo career, he joined the group called "True Image" as lead vocalist. They released a few singles such as the single "I'm not over you" which was released on Super Smash Records, a subsidiary of Bama Records. This single was sold on ebay for over $2000 in 2006. Today its price has been decreased and it is sold for $ 50-100.

In the late 70s the group, he signed with Juana Records. Their recordings were released on the Glades Records, a subsidiary of TK Productions of Miami, Florida. The group continued with the label Juana Records when T.K.Productions closed its doors. Juana Records was an independent disco and soul label founded in 1975 in Alabama by Frederick Knight and Clinton Harris.
True Image released two singles on Juana Records entitled "Different kind of love / Roller dancing" in 1980 and "It's only a matter of time / The time is right" in 1981 respectively. After these recordings Clarence Mann did with the group several different versions of the song "Come what may". The original recording was recorded by John Gary Williams in 1973 and was released on Stax Records.
Although Clarence Mann did several versions of "Come what may", but only two of them with True Image have seen the spotlight. However there is a recording which is unissued. It was recorded and was pressed on a vinyl as a demo but it was never released.
The first single entitled "Come what may / Boogie Place" was released under the name True Image featuring Clarence Mann on Flower's Records probably in the early 80s. 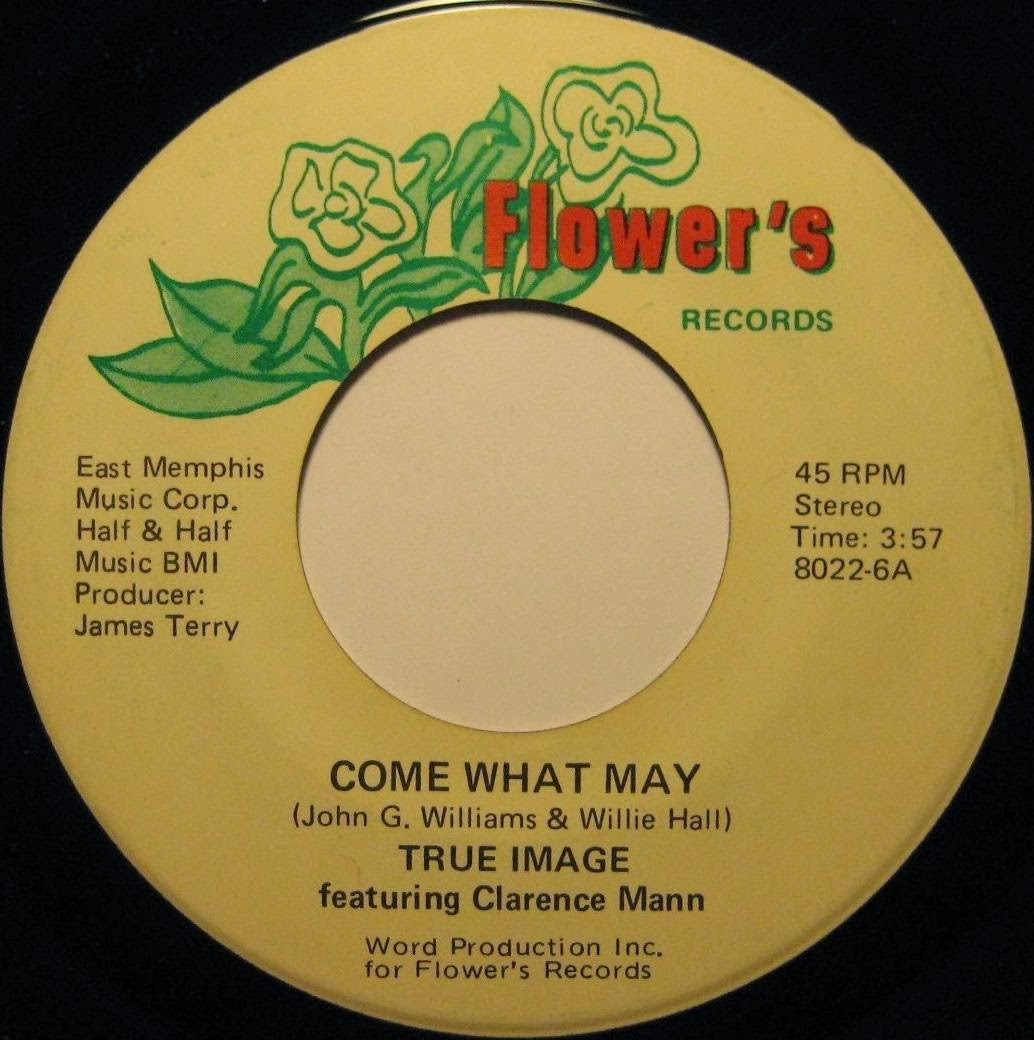 The second single called "True Image - Come what may" was released on Wass Records in 1982. This version is a duet of Clarence Mann with an unknown female singer. I had the pleasure to speak with Clarence Mann. Unfortunately he doesn't remember anything about the name of the female singer. 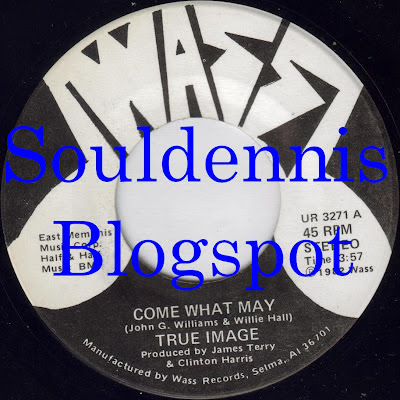 Produced by James Terry & Clinton Harris. I must note that Clarence Mann & James Terry have started their collaboration from the early 70s.

In 1983 the group disbanded and Clarence Mann followed solo career. The same year he released an album on Spirit Records. In the continued he released a few singles. For one more time he recorded the song "Come what may". It was released on Susie Q Records. Produced by James Terry. 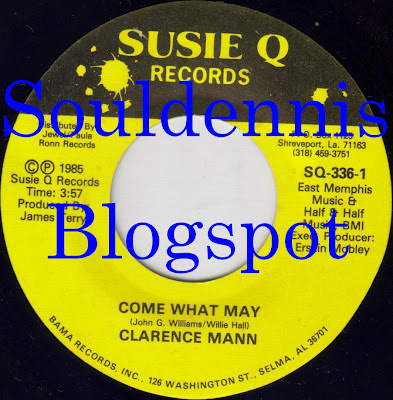 In the same year he released the same single on Bama Records. However the release of Bama Records came after the one of Susie Q Records. 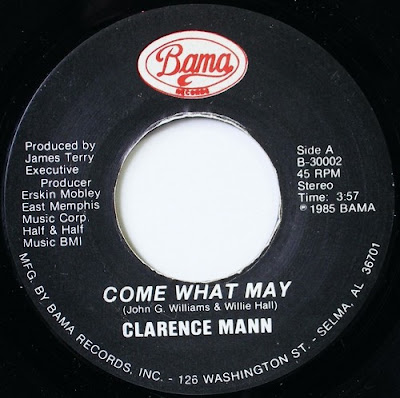 During his career, Clarence has opened for such acts as Fat Back Band and Sun. He also opened for such household names as Tyrone Davis, Lou Rawls, and Ramsey Lewis.
Other musical accomplishments range from performing on Amateur Night at the world famous Apollo Theater in New York City, New York to Montgomery, Alabama’s Jubilee CityFest Music Festival. He also participated in the South By Southwest Music Festival in Austin, Texas.

Note: The above posted singles are not played in full
Posted by Souldennis at 7:54 PM