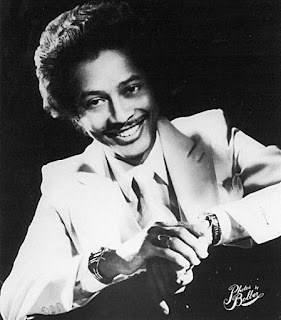 Jimmi Mayes for more than fifty years has served as a sideman behind some of the greatest musicians and musical groups in history. Jimmi is a drummer from Chicago. He is also a vocalist, songwriter and an author. Jimmi Mayes played and toured with blues legends like Little Walter, Jimmy Reed and many others. Jimi Hendrix was one of Mayes' best friends, and they traveled together as members of Joey Dee and the Starliters in the mid-1960s. 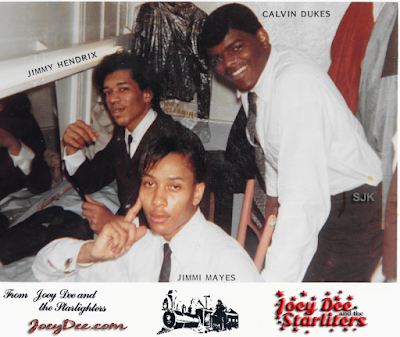 In the late 60s, he formed his band Jimmy Mayes And The Soul Breed and later Jimmi Mayes & The Mill Street Depot. They released some singles from the mid 60s to early 80s. 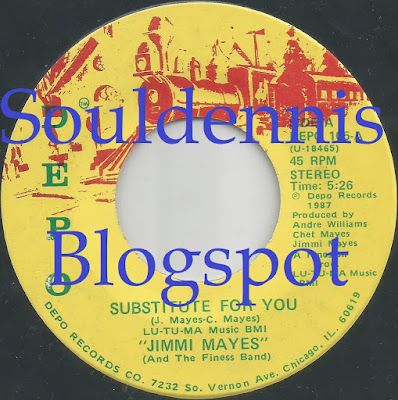 In 1987 he released a single entitled "Substitute For You / Something About You I Like" under the name Jimmi Mayes And The Finess Band. It was released on Depo Records from Chicago. The song "Substitute For You" is a perfect atmospheric ballad. I love it!!!
He also released two CDs entitled "Messin' With The Kid" and "All My Best" in 2004 & 2012 respectively. Both CDs include old recordings and some recordings at that time.
I would like to note that Jimmi Mayes released a book in 2013 under the title "The Amazing Jimmi Mayes Sideman to the Stars". 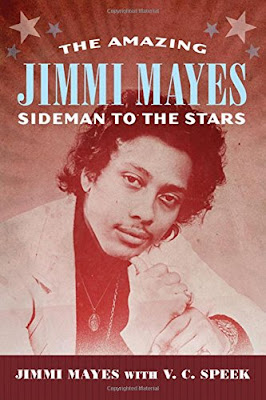 Note: Photos were taken by the sites Upmississippi.blogspot & Joey Dee
Posted by Souldennis at 11:39 AM No comments: